By Adelaide Architect on Thursday, January 18, 2018

Ten years ago I just wrote a blog and didn’t bother about anything other than the content.  It quickly picked up readers and was a great help in boosting my website ranking. I was a year into it before I even found out about metadata and tags.  I didn’t have much idea about the nether world of search engines, but it didn’t matter as content was king and all you needed to do was have a topic of interest and post regularly.  As the competition to be noticed by Google has become fiercer, just sitting back and letting time take its course to grow a reader base is no longer a feasible option.

SEO has become all consuming for many Bloggers and readability has suffered in order to get a higher google ranking. This is a pity as there now seems to be a very formulaic and predictable content to many Blogs.  It is no longer enough to ensure you have the correct keyword density, but now it is also about LSI or Latent Semantic Indexing.  I hadn’t even heard of LSI until I started up my new blog and did some research into why it wasn’t picking up the pace as quickly as my last one. LSI is why many Blogs seem to be repetitive and poorly written. Latent Semantic Indexing is ensuring that your post contains not only the Keywords you are targeting but also related terms and phrases. These phrases are not just ones that you may think are applicable but ones that the search engine predicts should be included if the post is on topic.

No wonder that most posts appear badly written.  An LSI rate of  4% (four LSI words included per 100 words) is thought to be optimal. It doesn’t matter if this rate is optimal…. it just needs to be perceived to be optimal. The perception becomes the reality as more posts are made on the topic and new Bloggers apply the rule to their posts…. Fake news isn’t just about politics!  Google just by “being” is sanitising what we write and what we read throughout the Internet. In order to get noticed everyone plays by what is perceived to be Googles rules. The Google algorithm is unknown, but just guessing what it is has changed the way a generation of new writers compose their material.

Unconvinced that a third party controls what we write and that the age of Big brother is here?  LSI generators are very popular. Even Google has one that is a free tool when you use Adwords. These generators create lists of appropriate words to stuff your content with. Claims of between 20 to 200% improvement have been made by using these generators to create lists of phrases that should be included. With that kind of incentive a new writer wanting to be noticed would be crazy not to take advantage and add in those all important LSIs.  Using these words creates an improved position on Google and also a never ending self fulfilling loop of mediocrity. Those with a suspicious mind may also wonder if there is any third party actually deciding what the LSI content should be or if it really is just a case of hamsters’ on a wheel. 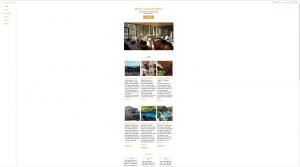 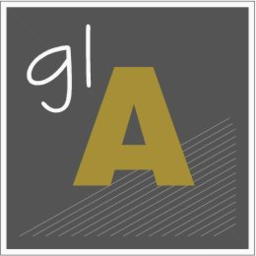