My Adelaide Architectural Practice has produced Plans and Documentation for Owner-Builders for more than 10 years.
Owner-Builders are often the most time-consuming clients and as they usually have limited budgets many Architects will not take them on.

Why Owner-Builder Plans should be Different from Standard Builders Plans

Owner Builder documentation is often non-standard. One example of this is that use of new "Green" technology and materials is very popular with Owner Builders. Supplying Generic plans and omitting details to reduce drafting costs (and hoping that things will work themselves out on site) will lead to mistakes in both initial pricing and ultimately in construction costs.

This Owner-Builder/Owner-maker project in Taperoo SA was started at the end of 2015 and should be finished construction by mid 2019.  This house is typical in that money saved by DIY went back into better quality finishes and a bigger floorplan. 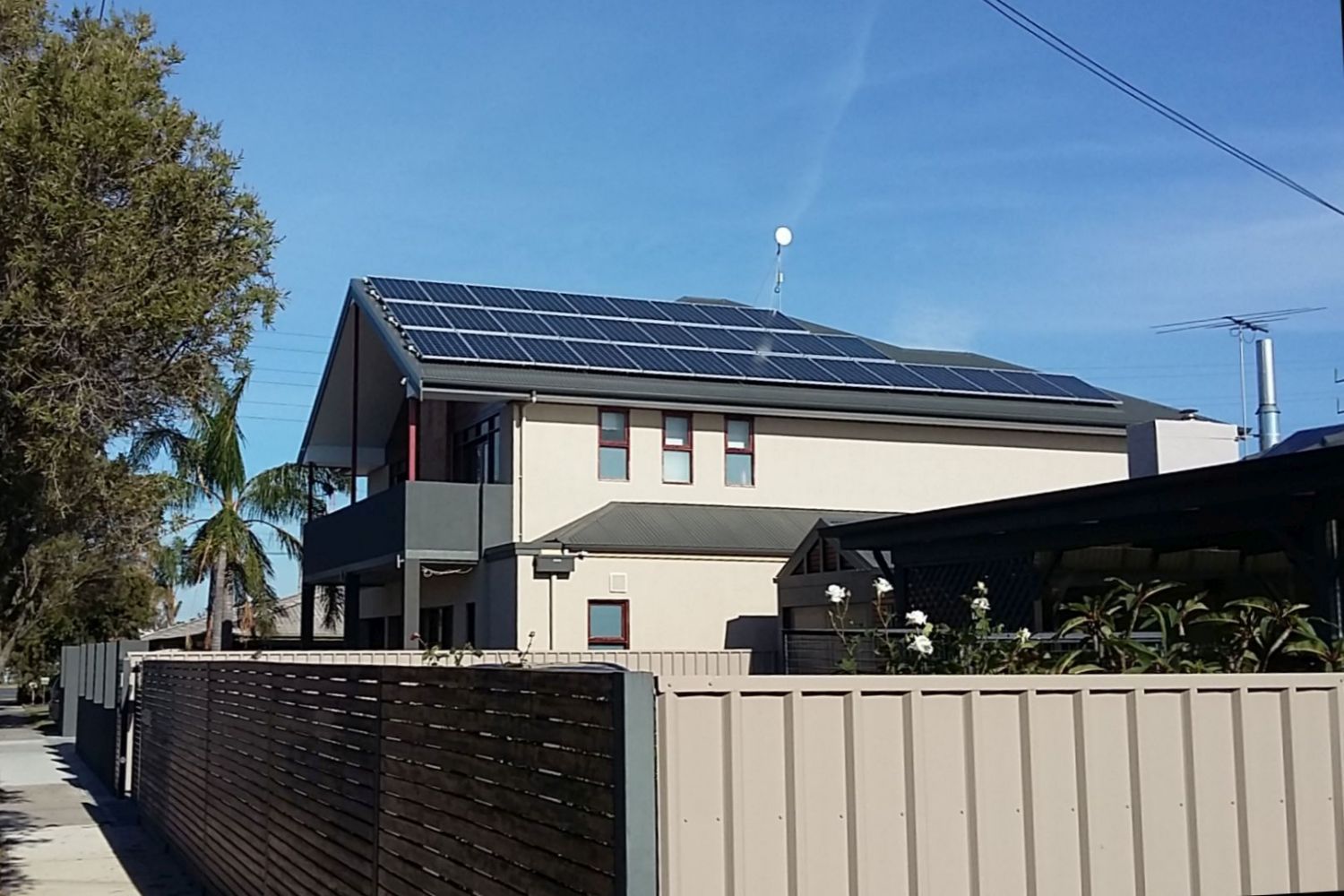 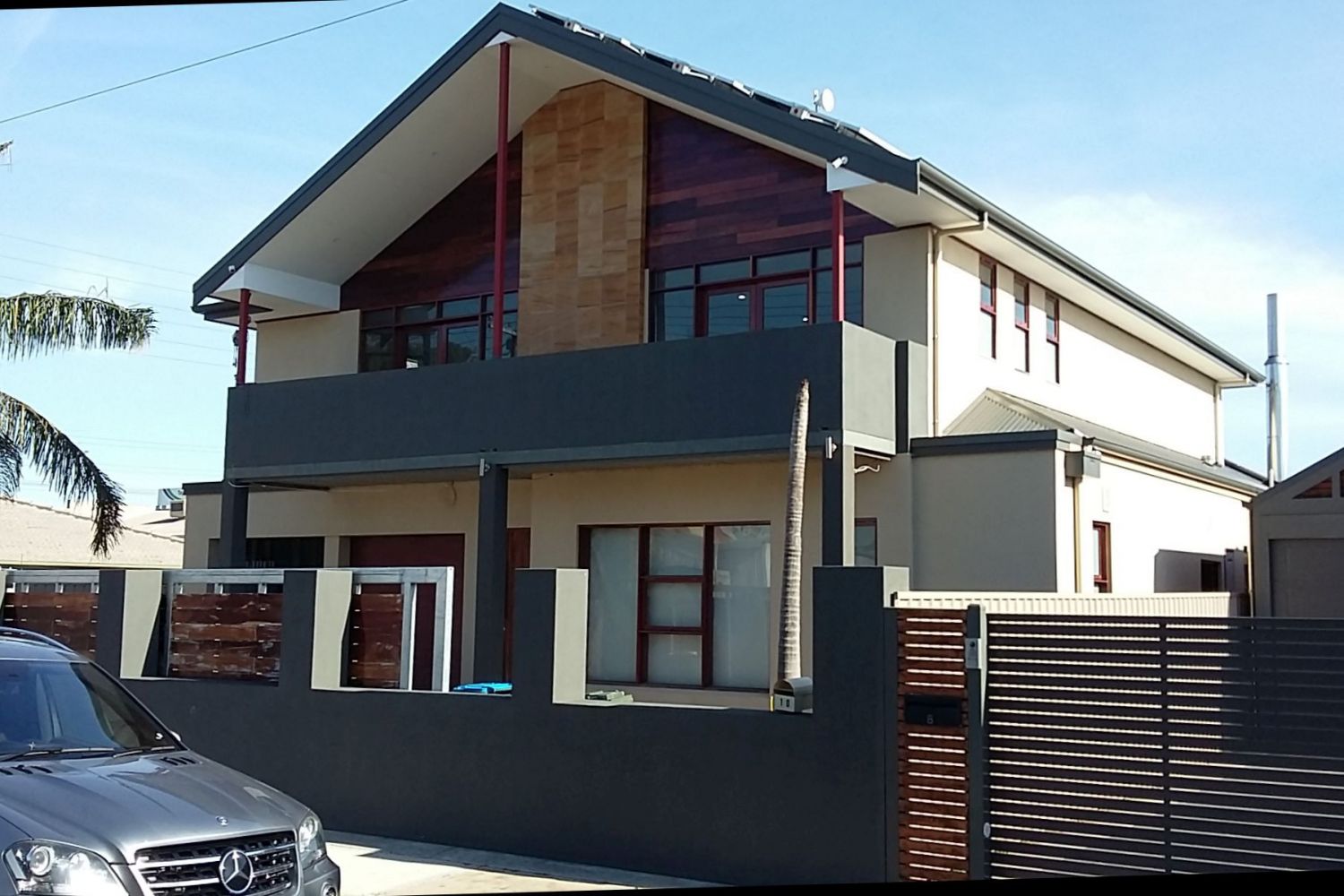 Energy Efficient Owner Builder House: Taperoo SA:
Almost finished! Columns are still to be fitted around the structural verandah posts and the front fence has a few more battens to fix.
Owner builders that decide to save costs by undertaking much of the construction themselves will commonly take several years to finish. It is exhausting but ultimately very satisfying....

Costs saved by being an Owner builder can be put back into the build with Custom detailing such as this Jarrah and CHS, steel fish-bone staircase the Owner fabricated. 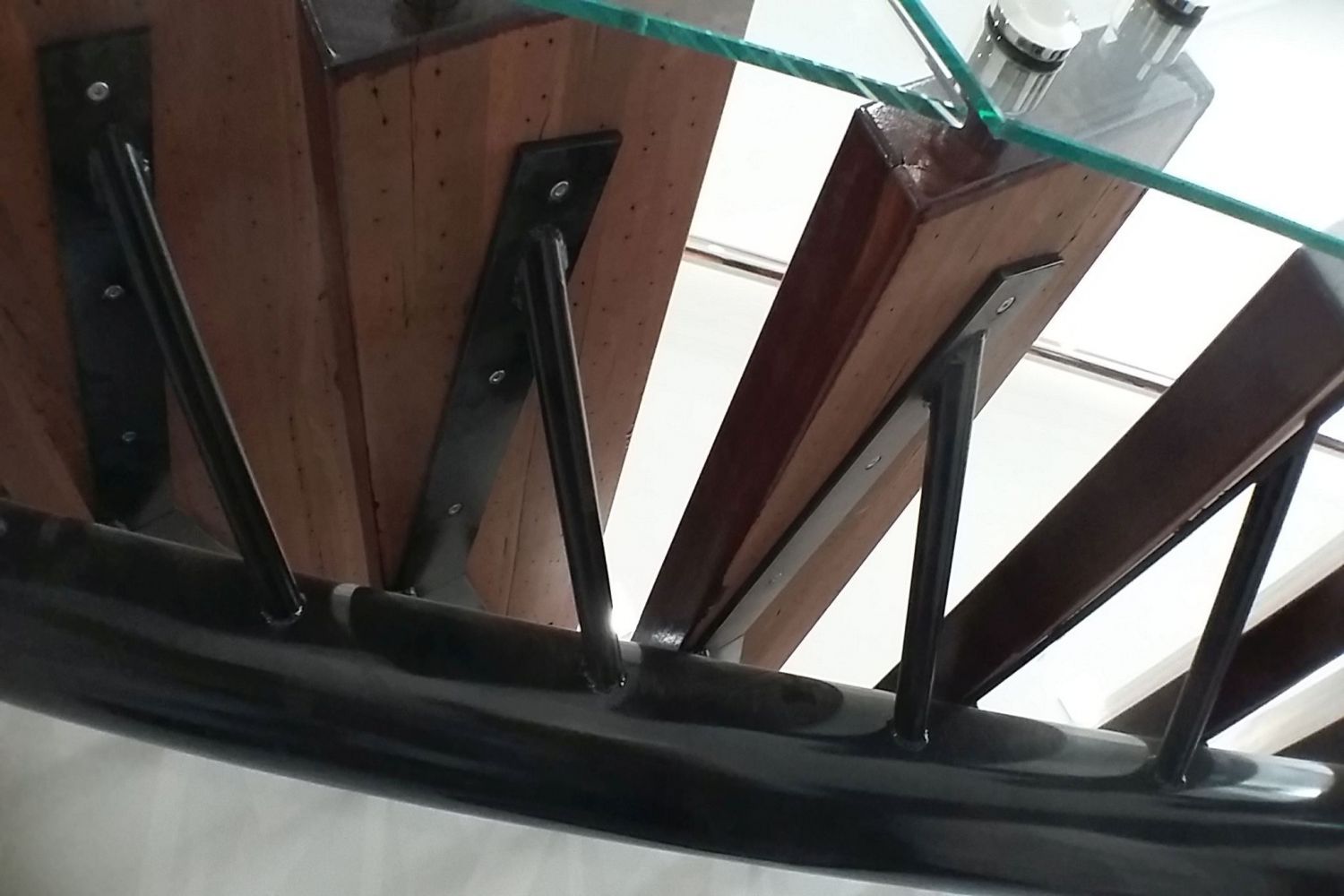 Having some basic carpentry skills can save a lot of money. Custom milled Jarrah skirtings line the hallway to the gymnasium on the left. The surprise here is the Custom Silky-Oak Bookcase which swings back to reveal a lobby leading to a 50 sq m acoustically modified Home Theatre room. Details like this are typically the domain of either Owner builders or the very wealthy. Champagne on a beer budget springs to mind.... 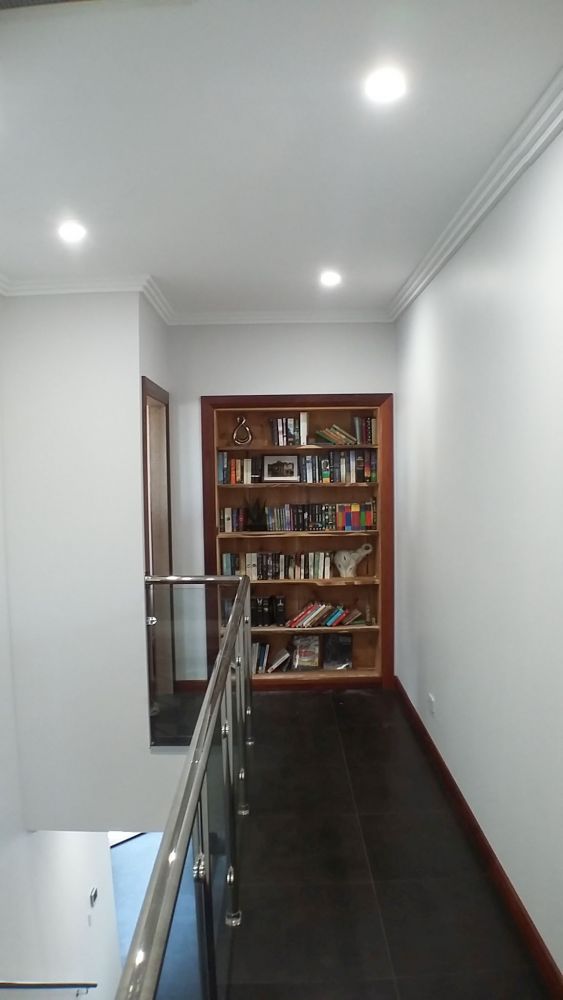